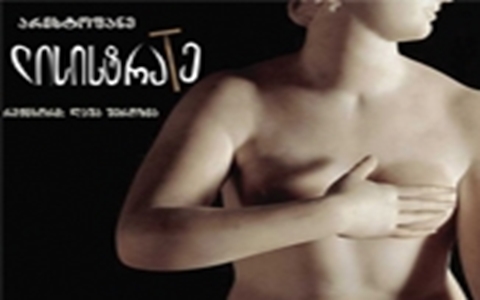 "If you decide to keep quiet and listen, like we have, us, women, will fix you men!" - Lysistrata women, Are forced to take to radical forms in order to establish peace in the country, for the stopping of war and to the returning the men. The "sexual revolution" started by Lysistrata will make men see, that the revenge of women and being in war with them is far more hard. The revolution has taken place, men are signing a peace agreement...
But no one knows whether this century of peace will go on in the future or not...