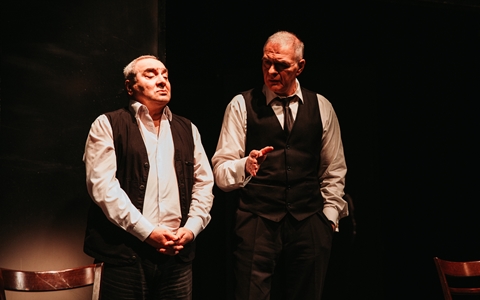 The performance is a recollection - the search for that basic point, that turns a pseudo-noble act into a crime. A story of two indigent men and a blind woman, curing a sick person becomes a goal of self - actualization. Caring for another is always underlined by the benefit we get ourselves by the act of caring for someone, and instead of good we turn into an evildoer.