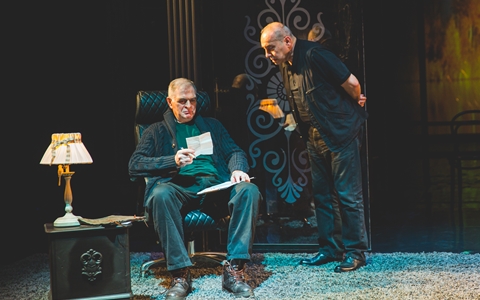 About the performance:
“I’m an optimist in love with life and people’, claims Éric-Emmanuel Schmitt, the French philosopher, writer, playwright, script-writer and director. His fans believe that his books heal people, while the author insists that the love for mankind is the reason for his compassion. More than often Schmitt’s characters are historical figures, protagonists from literature and Bible. At a glance, much has been said and written about them, but Schmitt succeeds in revealing more secrets about them and explaining their actions, and offers his own answers to the posed questions.
The play Enigma Variations is about love that is victorious over Eternity, the love that does not depend on geography or the number of chromosomes. There are only two characters: the plot is as enigmatic and changeable as a mountain river, while love and philosophy are alternately earthly and heavenly...
The main idea of the complex play is that we are unable to fully understand another person, even if we are extremely close to each other. The soul of someone else is like an enigmatic variation, the melody of which we occasionally hear, but then lose it in the surrounding noise or in the harmony of different tunes.