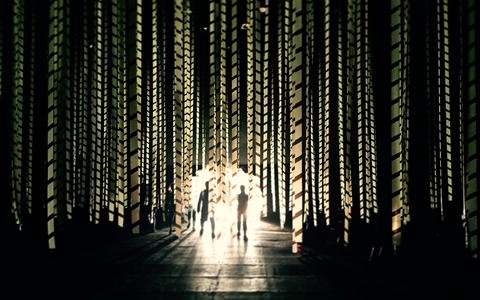 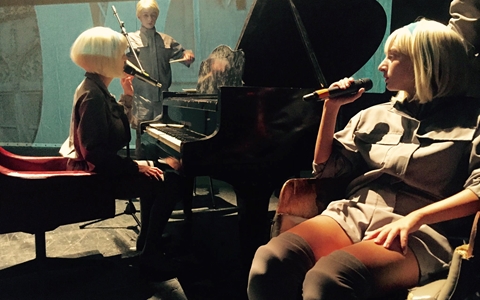 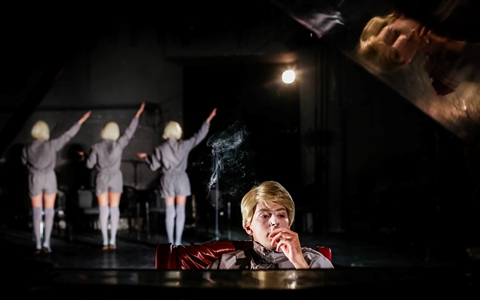 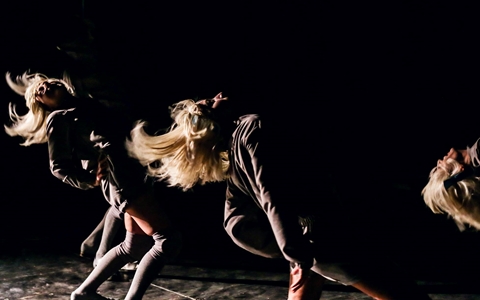 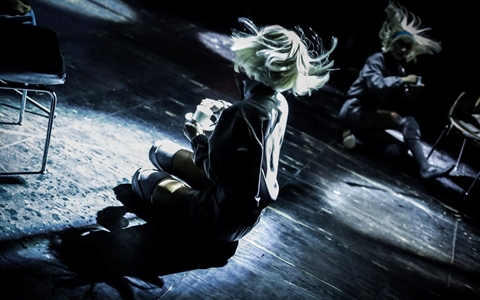 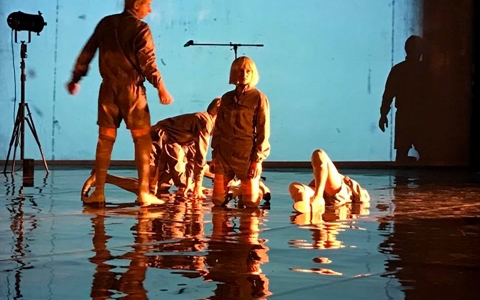 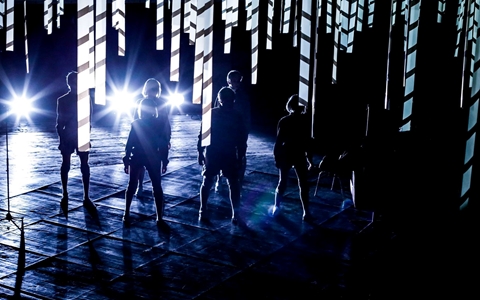 Right Left with Heels recounts the story of the second half of the 20th century in Central Europefrom the perspective of a pair of shoes.  The plot unfolds in Auschwitz, the Nazi concentration camp, where a pair of shoes is being manufactured from human skin and fat. The shoes, an elegant pair of black heels, had been especially designed for Magda Goebbels, the wife of the Nazi Minister of Propaganda, Joseph Goebbels. However, when Joseph and Magda Goebbels commit suicide shortly after fatally poisoning their children with cyanide in Berlin, the shoes’ story of their successive owners begins. The shoes fall into many different hands over the course of time. First, into those of a Red Army soldier; then, the wife of a doctor who betrays her childhood friend to the Nazis in exchange for a bar of chocolate; Teresa, who is secretly a police investigator; Magda, a member of the anti-communist Solidarity movement; and lastly, Krystian, a transvestite murdered by young Polish “patriots” in 2007.

The pair of shoes are subjected to observe how violence affected the individual, rather than the collective. Consequently, the shoes are unable to understand the purpose of such aggression in people towards one another, as the shoes cannot see the cause of the conflict on a larger scale.