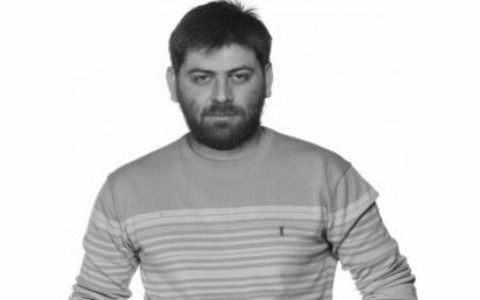 Misha Mdinaradze is a Georgian composer, songwriter, orchestrator and producer.
He studied Musical Theory and Composition at 1st Musical College in Tbilisi, Georgia.  Misha has been composing music for TV, theatre, commercials, films / TV series  for 20 years now.
He is cooperating with the following broadcasting companies: Georgian Public Broadcasting, Rustavi 2, TV Imedi, MZE TV (where at the same time he was a head of musical division from 2004 to 2007), as well as with advertising companies Neo Studio, Windfor's, Sarke, Livingston and Metro in Georgia. A number of the theatrical plays at Rustaveli , Marjanishvili, Atoneli, Gori, Rustavi, Zestaponi, Batumi theatres in Georgia and at Millenium theatre in Moscow have been set under Misha's scoring. Film scoring has also an important place among Misha's work. He works with famous Georgian directors such as Nana Janelidze, Nino Lapiashvili and many others. It is also noteworthy that Misha is an author of the original score of the first Georgian full-length documentary of 1912 "Journey of a Famous Georgian Poet and Public Figure Akaki Tsereteli to Racha-Lechkhumi", that has been restored 100 years later. Misha is also a producer and musical author of a number concerts that take place in Tbilisi. New Year Promenades (a new year concert 2015), Musical Transformations (Tbilisoba festivity 2015), From Glory to Freedom (26 May 100 Years independence day celebration concert 2018), Literature Award Saba (2014 and 2017). In addition to the above mentioned in November 2017 on the Democracy Forum opening ceremony at Council of Europe, in Strasbourg Misha's specially created synthesis of the 4th part of Beethoven's 9th Symphony "Ode to Joy" and Georgian folklore has been performed.